Simcenter FLOEFD 2019.1 was released in March 2019. With this release, a new version numbering was introduced and the switch to a continuous release was completed. From now on, there won’t be major/minor versions released. Instead, new features and physics will be introduced in each scheduled release as they are ready.

The new releases are scheduled every 3 months – in other words, middle of the month in March, June, September, and December. So keep your eyes open for the next releases to come.

Now let’s take a look at the new functionality in Simcenter FLOEFD 2019.1:

Fans are often set to run below their maximum capacity, to reduce noise and increase their lifetime, but still achieve thermal cooling requirements. Fans are run under their maximum capacity by reducing the operating RPM. This has the effect of derating (reducing) the fan curve and is simulated in Simcenter FLOEFD by using the Derating factor. 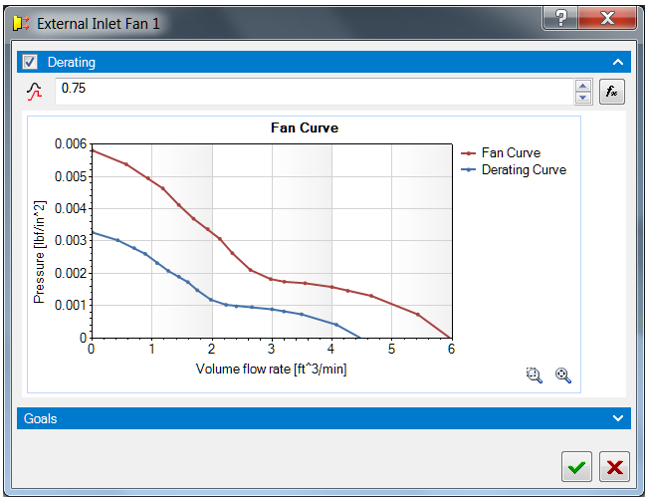 Boundary conditions can now be dependent on coordinates, time and monitor parameters such as goals. With the newest release, it is now possible to define sophisticated dependencies using conditional and Boolean expressions such as IF, AND, OR, XOR, NOT, > (more than), < (less than), = (equal two). For example, you can easily set a value of a heat source dependent on two different temperature sensors (defined as temperature goals) so that the dissipated power is downgraded depending on the temperature at either one or another sensor. 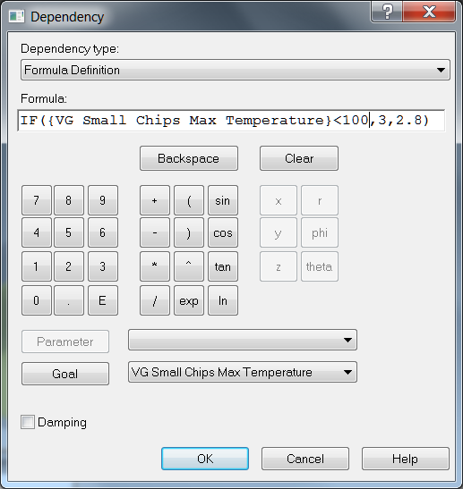 The definition of logical expressions in a boundary condition value specified as a formula dependency.

Atmospheric pressure and temperature can be defined by setting the altitude of the object. By using the altitude, it is now much easier to conduct what-if or optimization analysis.

Altitude definition in the General Settings and the use in an aero heated projectile case at high altitude and Mach number.

You can now use additional rays launched from a radiation source (for Monte Carlo radiation only, requires the LED module). This allows for better resolution of radiation or light locally without significantly increasing the total number of rays for the overall analysis; therefore, saving calculation time. In addition, radiation freezing can be enabled automatically.

The definition of a local number of rays used for a specific radiation source.

The node power can now be set dependent on the Temperature of the network assembly (DELPHI model).

For additional information and a complete list of new capabilities, please go to the Support Center site (https://support.mentor.com) or read the release highlights file provided with the installation package.

Simcenter FloEFD is the only fluid dynamics simulation software which is really embedded into CAD.
It is powerful, accurate and simple to use.
FloEFD is distributed in Italy by BSim Engineering.