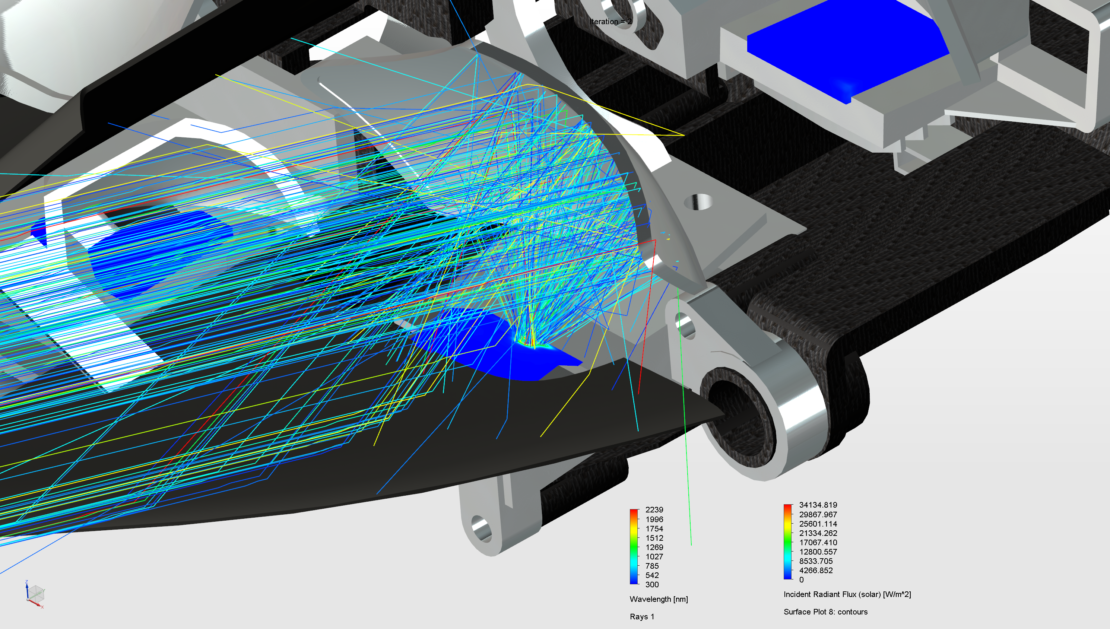 Ray visualization in a Headlight.

Simcenter™ FLOEFD™ 2019.4 was released beginning of January 2020. The new version provides a range of new features and enhancements – from FMU support to Illuminance near and far-field plots. Let’s take a look at the list of new functionalities below:

You can now display the Illuminance (incoming radiant flux that is adjusted for the capability of the human eye to see the light, i.e. intensity of visible light) plot in the near field (close to the light source) and Luminous Intensity versus angle far away from the light source (so that the source can be considered as point source).

Examples of the near and far-field plot for the illuminance in the visible light spectrum.

Increase specifically the number of rays for a radiating LED (an LED with radiation source automatically enabled once you set LEDs radiation properties). This functionality will the user to control the accuracy of the emitted radiation from the LED, rather than let Simcenter FLOEFD decide how many rays will be assigned to the LED.

Users can specify a radiation wavelength above which the material is considered to be opaque. Some materials block most of the IR spectrum and this definition will simplify such cases for the simulation, rather than requiring the user to manually specify the wavelength in detail.

Via Material Selection for Smart PCBs

Now, all vias in Smart PCBs can be assigned with either dielectric or copper material or be excluded from the calculation. This option allows the user to specify how vias are considered in the simulation and therefore the accuracy of the simulation. 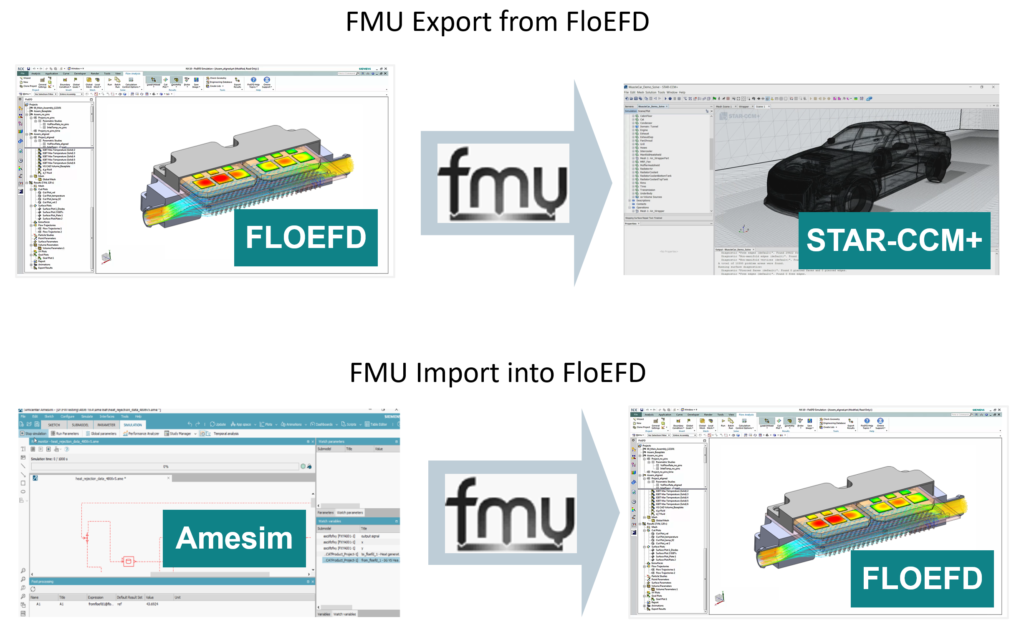 You can show hidden or duplicated components in the Component Control dialog.

Plot Min Max Values with the Use of Crop

A New CAD Version is supported

This article is repubblished from the Simcenter Blog, by Di Boris Marovic

Simcenter FloEFD is the only fluid dynamics simulation software which is really embedded into CAD.
It is powerful, accurate and simple to use.
FloEFD is distributed in Italy by BSim Engineering.